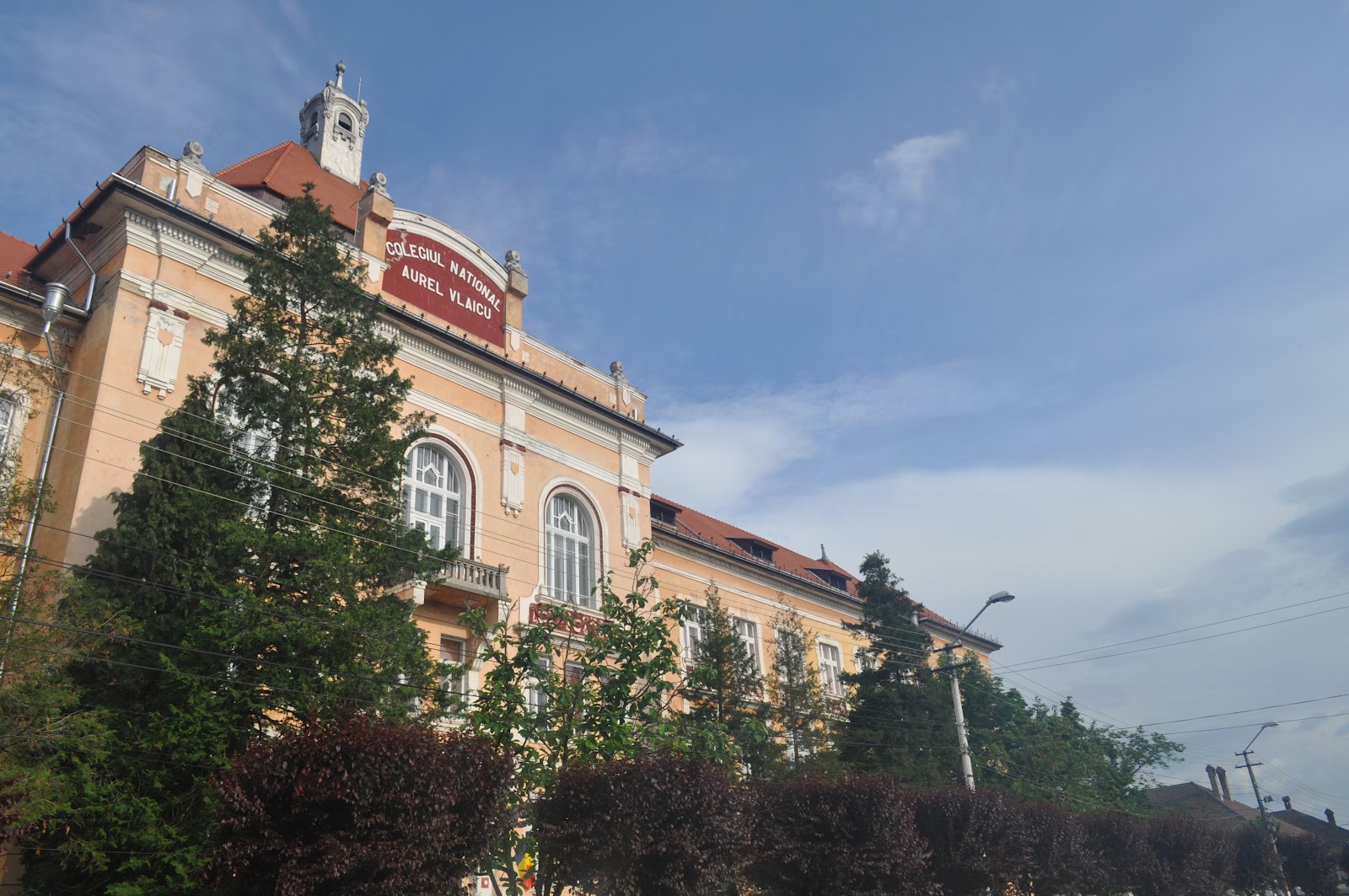 The "Aurel Vlaicu" National College represents for the Orastie area the main option for high school good students  and an important cultural center.

Our college is a modern,  complex  institution that offers a rich and varied education, our students obtaining outstanding results in the fields of computer science, mathematics, physics, biology and foreign languages. The school promotes educational policies consistent with those in the European community, aiming to ensure equal opportunities for all, non-discrimination and multiculturalism.

The college has a theoretical branch, offering the following majors: mathematics and computer science (8 classes), natural sciences (8 classes), philology (4 classes) and social sciences (3 classes). The total number of students in the 2015-2016 school year is of 637 students, of which 100 are secondary school students. (4 middle school classes). The majors in which the students contribute to the formation and development of a wide range of skills and abilities for a successful pursuit in careers like computer science, engineering, medicine, education, journalism, language learning, entrepreneurship and finance and banking. The theoretical branch of the school requires increased quality requirements, the vast majority of students will promote the final exam and university studies. The existence of a well-trained teaching staff and the concentration of the best performing students in the area led to an increase in the baccalaureate graduation rate from 65.4% in 2012 and to 89.9% in 2015, and the average grades of the students per semester in the 2015-2016 school year were within 7 to 10. The teachers` stuff in the school year 2015-2016 is composed of a total of 50 teachers, 33 are professors, 22 of them with the highest didactic grade and the other  17 are qualified substitute teachers; three of the teachers hold doctoral studies in philology, chemistry and history.

At the organizational level there is a special interest in education for a career, part of the teachers of the college are involved in partnerships with institutions that provided the students the possibility of experiencing different roles in the community or professional life. Thus one of members of the project team coordinated at the level of our school the activity "Job Shadow Day"  within the international program Junior Achievement Romania in the 2012-2013 school year, allowing 300 students to become familiar with the job market, spending in "the shadow of a parent" or an employee of an area with interest for the students (court, bank, police, pharmacy).

The innovative initiative  of the foundation “Terre des hommes”, entitled "Relay Day" was an opportunity for some of the teachers and employees to be  engaged in  two consecutive years between 2014- 2016 as trainees  in activities with the students, through which they were experimenting for a few days their future profession. A number of 125 high school students  benefited from this advantage.

Through the project "Skills for Jobs" organized by the Cluj County Agency for Employment, coordinated at college level by the school principal, 319 students have received counseling and scholar orientation through: informing the students and their parents on the need for professional orientation and the opportunity of the  J.V.I.S testing; the J.V.I.S .test application, the interpretation of the results, the participation at the Job Fair in Timişoara on October ,the 12th 2015.

Four of the college teachers are familiar with the methodology based on cooperation and interaction because they have been involved in numerous activities as trainers of trainers in the last 5 years. In the activities we have designed, conducted and evaluated,  we faced very often with stereotypes damaging both in designing part (formalism, lack of correlation between the components of the design, focusing on the content, lack of a contextualizing learning), but also in conducting the actual activities. Also, everyone involved in the project is familiar with the interactive methodology, because we used it both in the work with students as well as with the adults.

Although we are aware of them, some newer approaches in education (learning centered on problems, the interdisciplinary and trans-disciplinary approach, critical thinking, student-centered learning ..) can be assigned to categories rather to  "I want to learn"  categories than under " I know "or" I know I do " categories.  The team was strengthened by the implementation of a Comenius project as partners, in preparing our students  for school competitions in science, modern languages and social sciences, in the coordination of numerous projects of  shadowing, volunteering and research.